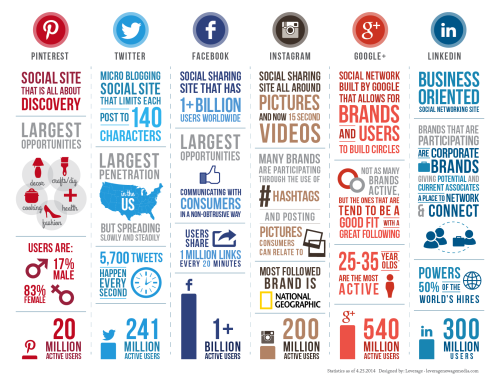 Did you know that everybody has a blog?! Seriously. Everyone! It took me an hour of hammering out incredibly clever URLs before landing on this one, the first of my attempts to actually be available in this vast Internetz wasteland.

But it’s not just blogs in the traditional “I’m gonna write a billion words because I’m of the delusion that people give a crap about what I say” kind of blog. It’s blogs of varying lengths and platforms. According to that bulletproof infographic above, more than 241 million people/businesses/Kardashians regularly document every mundane detail about their life.

Google’s 47,756 employees have created more than 540 million Google+ pages on their own!! That is meant to be a joke but honestly, do you know anyone outside of Google who ‘actively’ uses Google+? Are words too hard to string together but you still have a burning desire to display that beautifully filtered self-portrait for a bunch of anonymous pervs? More than 200 million people and dogs are using Instagram to do just that. This isn’t to say there isn’t some value in the use of social media. At least I hope there is. After all it’s a huge industry and a part of how I make a living, sooo…

But anyhoo, what this says is that there is an enormous amount of complete garbage floating around cyberspace. This surprises no one. The big problem with all this pollution is that it chokes the streams of useful information without adding more hours to the day for us to hunt down information which may actually be helpful and, God forbid, even educational.

In this “get it now” culture we’ve cultivated, many of us grab what info we can get in the moment and move on as millions of new messages stream in – pushing old nuggets out of view and out of our memory. Our opinions and debates are formed by what fits into a 140-character message. We leave no time for ourselves to absorb or even seek out context. Our ideas are headlines, and if we’re confused by something we can always pay close attention to celebrity opinions as if they might help to tell us on which side of an issue we should stand.

This is why Seth Rogen is labeled a communist or whatever for a trivial comment about a movie. It’s why a measles outbreak is the fault of illegal immigrants or anti-vaxxers or Mikey Mouse. It’s why clever editing and strategic quote grabbing can fuel an entire campaign, and people just blindly follow along (though, obviously not enough people in this case)! It’s also why videos of cute puppies and cats playing piano are so popular! After being bombarded with so much info day in and day out, you come home feeling like Ruprecht and our brains can’t handle anything else….

The biggest problem we face is getting steamrolled because we haven’t done our own due diligence to research beyond the headlines. Too many people accept the Tweets at face value because to look into things any further would detract from learning more about our friend’s vacation, or pinning that cool recipe. Then one day we look around and realize stuff has happened around us because we just weren’t paying enough attention or didn’t have the facts.

We all like to complain when things don’t go the way we would like them to, but if we just continue to sit around and get distracted by the latest shiny object we’re only going to get more divided and angry. I don’t know how long it will take or even if it will happen, but I can see and even hope for a point in the future where we have finally had enough of being told what and how to think because we’re too preoccupied to think for ourselves.

Those who perpetuate the half-truths and push slanted agendas are taking advantage of a population’s mass gullibility and unwillingness to act. You ever notice that nobody is actually fighting with the ones who ultimately make the decisions that impact our lives. Hell, Kansas Governor Sam Brownback took his state’s economy nearly a billion dollars in the wrong direction within one year and was rewarded with re-election! Members of his own party turned on him and still, he wins a second term. It was a slim margin of victory, but because of a culture that doesn’t look much beyond the surface, I have to think that anyone could have won this election so long as they had “Republican” next to their name.

Personalities on entertainment channels that portray themselves as “journalists” and “news resources” continue to have a voice that people trust for some reason, even when what they say is many times proven to be inaccurate. And by “many times” I mean as much as 60 PERCENT OF THE TIME according to this report. If you were wrong at anything 60 percent of the time you would likely be fired, fail out of school, or find a new hobby. You may also be a really good hitter in baseball, but that’s the exception and not the rule. Who could imagine that you could also help shape the narrative and have significant influence on an entire country?

The point to all of this is that our ability to pay attention has been severely hampered by the influx of information delivery platforms and a false sense that we “need” to know everything that’s thrown at us. There are certainly things that we need to know, but this onslaught is overwhelming our filters. We’re trying to let everything in while ultimately retaining nothing of substance. All the while, our systems fracture. We get angry, but many people have zero focus with no idea who they’re even angry at.

I hope to see a shift at some point. I would love to arrive at a place where the masses take the initiative to look beyond the surface and seek context. There is no reason for everyone to be so firmly divided on every issue if we’re ultimately all interested in taking care of each other and our society. There is room for the rapid technological expansion if we work to find the balance and maintain our ability to be critical, independent thinkers. There is freedom of speech, expression, and press. But included in those freedoms is our freedom to think and speak for ourselves in defense of ourselves. I hope we start taking advantage of that soon!

If you made it this far into this post, I can only assume you’re picking up what I’m throwing down. If I’m not on point, let me know! I can handle it. And before you say it, yes, I recognize the irony in writing so many words while acknowledging our short attention spans.

DISCLAIMER: Links in this post are provided to demonstrate examples of points. Baseball link aside, I do not necessarily endorse any of the sources or individuals. I’m Switzerland, baby!!

What Does A Bird Say?